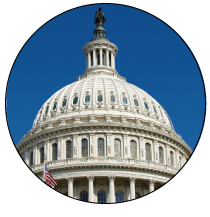 In mission critical government security deployments, communication failure is never an option so it makes sense to have uSweitch or iPulse attached to every network device. Both products can easily integrate with any modem, router, wireless radio; transmitter, network security camera and when they inevitably lock up, will automatically reboot them without any human intervention, bringing them back on line seamlessly. This can save you and your team time, lost data by keeping systems alive at all times. It also prevents exposing a covert deployment by having to repeatedly provide maintenance on surveillance equipment.

Having been deployed by most government agencies including the DEA, DOJ, DOD, Secret Service, Homeland Security Ice, Organized Crime task force, SPAWAR, Border Security, Ports and Airports, uSwitch and iPulse provide field tested reliability in every regard. Everyday thousands of modems and communication devices are being deployed for many applications such as video surveillance, audio monitoring, and remote access control on critical national interest projects. Whenever system downtime is not an option, it always makes sense to include iPulse as part of your existing or future infrastructure.